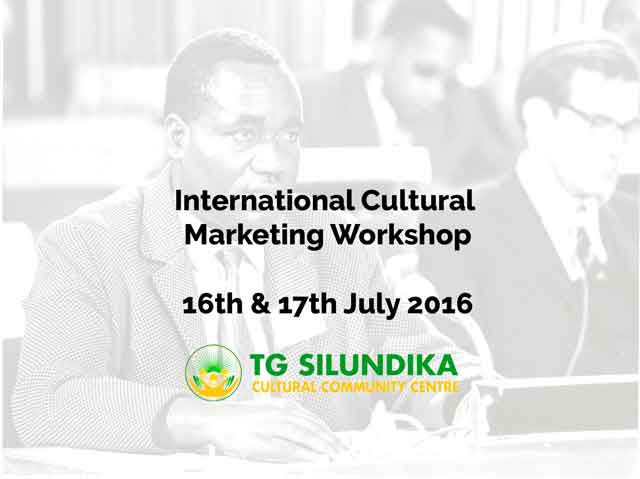 The Birth of TiBaKalanga Festival

Mr Fanisela Moyo (in his fifties) of Gala Village in Ward 6, Bulilima District in western Zimbabwe answered the call to introduce himself in front of the crowd of men and women, young and old who had converged at the cultural centre to participate in  a workshop,  the first of its kind ever in the area. In introducing himself, Mr Moyo even went further to share an admission that not only was it his first time to hold a microphone but also to attend a workshop of that kind, ever.  That was indeed characteristic in part of the composition of the crowd of Bulilima District villagers who attended the two day International Cultural Marketing Workshop facilitated by the world renowned Prof Gordon Bronitsky PhD, a US Fulbright Scholar based in Albequerque, New Mexico.

The workshop was held subsequent to months of planning by the TG Silundika Cultural Community Centre in partnership with Lupane State University, Faculty of Humanities as well as the US Embassy in Harare. The Fulbright Scholar’s robust experience in promoting indigenous cultural festivals across the globe is what caught the attention of the new cultural centre whose vision is to establish “the standard of excellence in cultural heritage sustainability” in southern Africa. One of the centre’s long term goals is to identify local talent and help them market their skills in a mutually beneficial way.  It is with this background that the cultural centre pursued the idea of holding this type of workshop that ended up bringing Prof Bronistky all the way from Alberqueque, New Mexico to a remote village in one of the most drought prone regions of Zimbabwe.

The news of the confirmation of the workshop facilitator’s impending arrival in Zimbabwe thrust the preparations into full gear and all the logistical issues were soon sorted out between Lupane State University officials under the guidance of Dr Noma Ndiweni, the Pro Vice Chancellor and the TGSCCC. That paved the way for a contingent of students from the Arts and Culture to also attend the workshop despite having been on their break.

On the morning of Saturday 16 July, Prof Bronitsky’s convoy travelled 160km, 60km of which was on an unpaved road and arrived to a thunderous reception by a committee made up of traditional dancers, praise singers and the Gala village head Mr Thulani Mpofu. The reception committee had camped several hundred yards away from the cultural centre where the professor and his aide, Mr Cletus Moyo a lecturer at LSU also disembarked to join the ululating drumming throng of traditional dancers and walked alongside them for the remainder of the short distance towards the tent full of expectant workshop participants. The Prof and delegation immediately took their seats upon entering the tent where the scores of people sat quietly and eagerly awaited to witness unusual events unfold.

The day’s program quickly got underway beginning with a prayer led by a local elder and followed by praise singer Mr Mtshiyeni Tsheza and the National Anthem presented by the Gala Primary School Choir.  The centre’s management committee chairman in his opening remarks implored people not to lose their culture while Headman Manguba echoed the same sentiment but frequently invoking the name of TG Silundika, the national hero whom the centre’s named after in reference to the sacrifice he made for the country.

The workshop then began in earnest with Prof. Bronitsky delivering his presentation in a slow but very evenly paced manner, assisted by a local teacher, Mrs Virginia Ndlovu who translated everything into Kalanga throughout the two day program. The participants often listened very intently throughout, some seemingly failing to follow the Prof’s sense of humor! The day’s program was punctuated by a menu of entertainment activities which included locally based traditional dancers, a choir of adolescent girls called ’ Khula Sizwe’ who didn’t make it to the school one and instead formed a rival one, and a poet Mr Mpumelelo Ncube from Ngwana, near Plumtree, the biggest administrative seat of government in the district. The day was marked by intermittent presentations with breaks and meals served by a hired Plumtree based catering company called “T&T Delights.”

The centre had originally registered over 170 people but by noon the number had swollen to over 300 with walk ins and people coming from as far away as the city of Bulawayo, some of whom had seen the advert on the centre’s website. The burgeoning crowd almost threatened to deplete the reserves of food that was initially budgeted for the event on the first day. It was clear that the centre had not made elaborate contingency plans in the event of an overflow crowd. However, the following day better mechanisms were put in place to prioritize those who had registered well before the registration deadline but also allowing walk-ins under special circumstances.

The program of the 17th was much more interactive, with participants holding group discussions on various topics that had been brought up during the morning session by none other than the participants themselves. School children too participated, in some cases setting the pace of the discussions. The report back on group discussions revealed very intelligent ideas and a dedication to conclude the workshop with a solid result. Reporting back on his group discussion, Mr Fanele Moyo had now become argyle in his use of the microphone.  His group’s topic combined with the other topics to launch a broader discussion about the possibility of holding a festival, a Kalanga cultural festival.

With that, the idea of TiBaKalanga/We Are Kalanga Festival idea was born. The announcement triggered an uncontrollable celebration that went on until well after sunset even after the Prof’s delegation had left.

A steering committee has since been formed to guide the planning process for the first ever “TiBaKalanga/We Are Kalanga” festival now planned for the weekend of 22-23 July 2017. Some villagers are already setting their sights on possible business ventures. Some plan to open up their homes to host visitors during the planned festival in what is now known as “votels,” a newly coined term meaning village hotels. Others will be selling their wares such as baskets and crafts. Should the rains come in good quantities this year, many hope to cash in from selling the agricultural products that they plan to grow. Such a scenario will indeed be in line with the aims and objectives of the TG Silundika Cultural Community Centre.