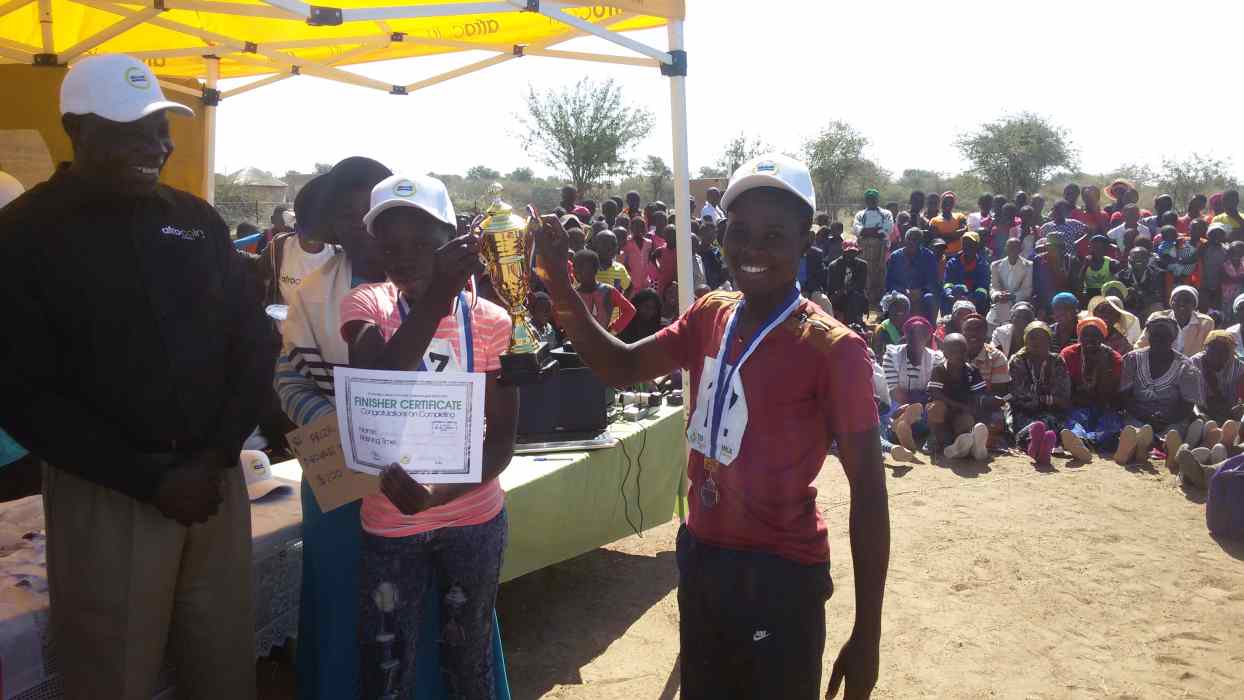 The single digit winter temperatures in Zimbabwe’s Bulilima District were not enough to dissuade Wards 5 & 6 residents from participating in the historic 10K run on Saturday, 2nd July. 26 of the original 35 runners who successfully registered to compete took part in the race which was witnessed by a crowd that is estimated to have been more than 700, made up of mostly residents of Gala, Ntoli, Kungubo and surrounding villages.  The race was the culmination of a long planning process by the Management Committee of the TG Silundika Cultural Community Centre, the TGSCCC.

The idea of a 10K race was first mooted in 2015 as part of the centre’s efforts to introduce recreational programs and activities aimed at discouraging unemployed youth from engaging in self-destructive activities. Other than football and in most cases with ill equipped pitches, there’s little recreational activity for the youth. It is with this background that the centre seeks to introduce affordable and self-sustaining and self-help programs.  The idea of running a 10 kilometer race was first met with skepticism by some but it ultimately won the assent of the youth including other stakeholders in the district. The key however, was to come up with a lucrative enough incentive for a fierce competition. Targets were set and the planning process began in earnest in March.

The first phase of the planning process involved advertising the event in the local Gala community and the neighboring villages. When a good number of would be runners responded, the TGSCCC Management Committee then sought to inform the local councilors, village heads, the chief and the police of the intent to hold such an event. Their consent was crucial to clearing all the hurdles before registration process.  Gampu Shopping Centre was chosen as the starting point with the cultural centre gate as the finish line.

The TGSCCC then arranged a meeting with all the aspirant runners to discuss the conditions for participating, one of which was to first receive clearance from a local clinic after a health check. Several information sessions were subsequently held to keep the runners and the community at large updated about the plans. Meanwhile, efforts to mobilize the much needed financial resources was also bearing fruit.  Local business persons such as Mr Ndebele and Mr Sakho, both of whom own grocery stores at Gala and Gampu respectively pledged to supply drinking water for the athletes as well as the traditional beer, locally known as Ingwebu, meant for the post-race festivities. The biggest break was to follow shortly thereafter. A Canada headquartered company, Afrocoin (www.afrocoin.com) stepped up to the plate with a pledge to support the event with cash prizes for both women and men’s categories.

Subsequent to all the planning, the race got on to a smooth start at 7:30 am on Saturday, 2 July with the Bulilima District CEO, Mr John Brown Ncube on hand to see the runners off. Spectators of all ages lined up on the sides of the road to cheer, while others headed directly to the finish line to take part in the prize giving ceremony. It turned out to be a highly emotional affair.  Almost half of the runners were poorly equipped or had no sports kit to speak of at all, the condition of the road was not the best and the cold wintery weather added to the challenges. However it seemed no challenge was enough to dampen the enthusiasm.  Of the 26 men and women who ran, 19 crossed the finish line without help.  The cheering and ululating continued until the last runner crossed the finish line. After the tabulation of the results, the prize-giving ceremony proved to be just as emotionally charged. The national anthem by the Gala Primary School Choir followed by speeches and traditional dancing all combined to make the conclusion of the day’s events as exciting as the beginning. Near all the runners are vowing to compete again next year.

Well Done to all the runners! And a big thank you to all that helped make this event happen!