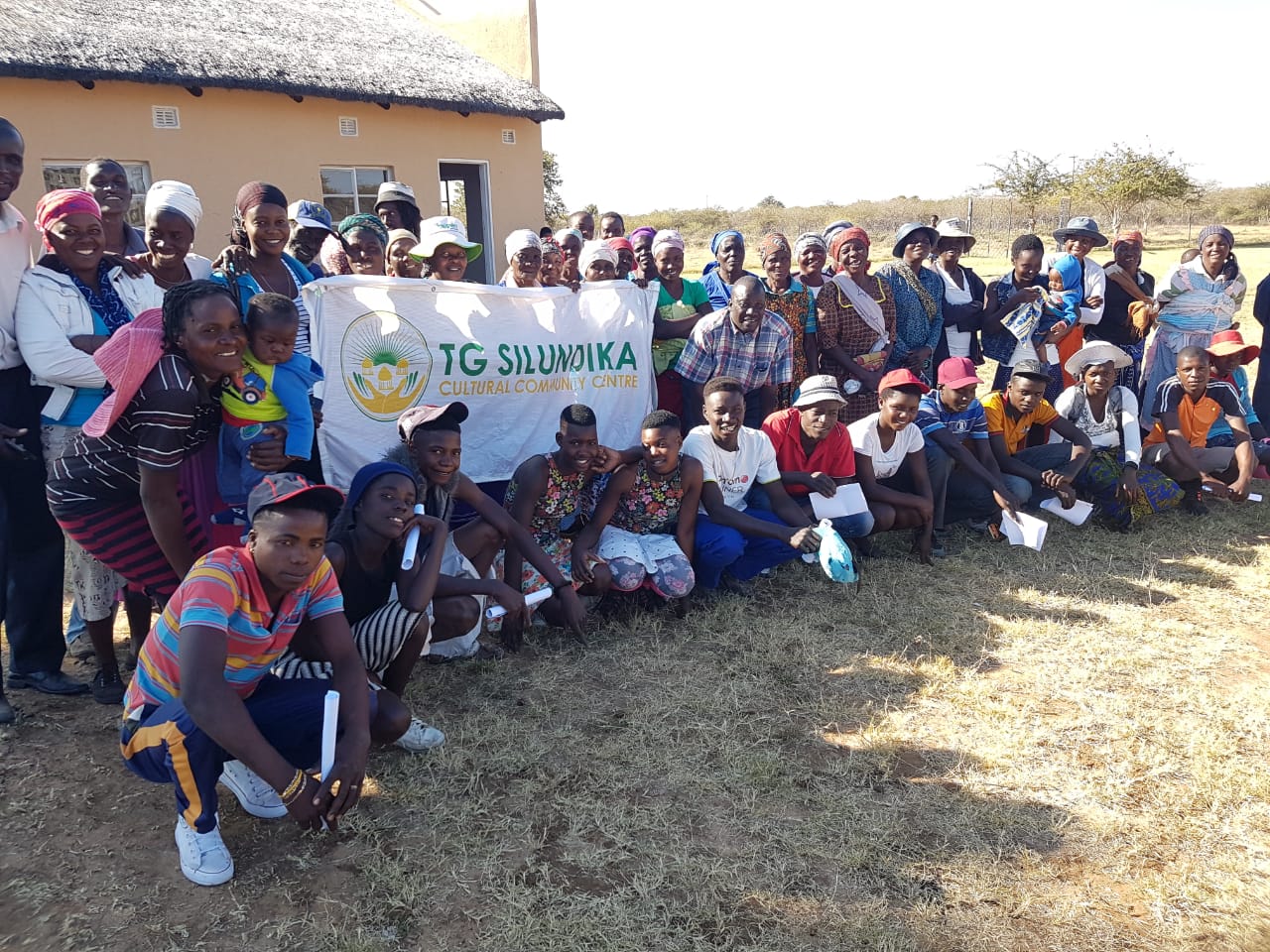 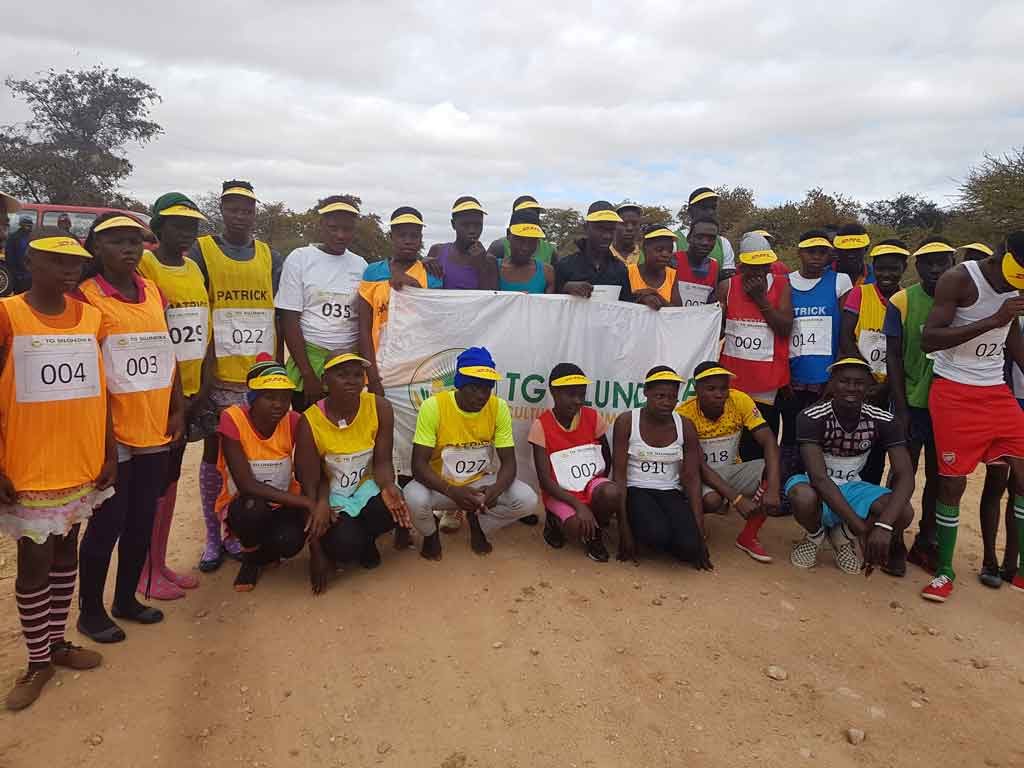 The 3rd annual 10 Kilometer Run held on July 7th 2018 was a resounding success and in many respects exceeded expectations. More than 30 young men and women between the ages of 18 and 30 took part  in the race. The starting point, as has always been, was at the Gampu Business Center and the finish line at the TG Silundika Cultural Community Center at Gala Village.  Most, if not all of the runners are residents of a cluster of villages that make up the Ward 6 community in Bulilima District. A disproportionately large number of them this time however came from Khekhethe Village, thanks to 18 year-old Ms Francillar Tshuma whose mobilization skills made it possible for her village to dominate the list.

The activities leading up to the race kicked off on the evening before with most athletes arriving at the cultural center in the evening to deliver their medical clearance forms. The only disqualification recorded was that of a young lady who was way below the required age of 18 years. Some sponsors balk at supporting an event that is dominated by minors. This is because some of their promotional products include alcoholic beverages. On the eve of the race, the runners camped overnight at the center to avoid having to walk a long distance in the morning to catch the bus to the starting point.  The group were treated to a light meal served in the newly renovated admin building of the center. Others lit and enjoyed the warmth of a bonfire in an area of the center that is being developed to resemble a Kalanga traditional village. They enjoyed an evening of story-telling by local elders while others watched video clips on a projector screen of mostly traditional music. Future plans include showing short films and giving presentations on health and hygiene.  It was an enjoyable evening but everyone had to call it a night early, mindful of the menu of activities that awaited them in the following morning.

It was too early for any shops to open at Gampu Business Center but a group of spectators had already gathered to see the runners off. At exactly 9:30 am the stopwatch was set, the whistle blown and the runners were off.  The sound of women ululating and men whistling was all that could be heard along the road. That went on for the next one and a half hours until the last group of runners crossed the finish line at the center.  By now, the crowd had swollen to roughly 500 people.  Some parents had a tough time trying to hide their emotions while the gatekeepers had a tough time controlling those who prostrated themselves at the runners crossing the finish line. It was a truly spectacular affair.

To a great extent, much of the excitement was generated by the participation of the record holder, Ola P. Ndebele, a 22 year-old from Ntoli Village who last year placed first with a time of 51:35. This time he beat his own record crossing the finish line in 51:30 but placing second and losing the title to 24 year-old Emmanuel Dumani of neighboring Kungubo Village. Emmanuel finished first with a time of 50:40, a new record.  Similarly, in the women’s competition, 18 year-old Lethiwe Ndlovu of Khekhethe Village last year’s winner, placed second this year finishing in 1hr 15minutes and 26seconds, losing to 19 year-old Phumampi Sebele of Ntoli Village. Phumampi’s time was 1hr 15 minutes and 24 seconds.

After all the runners were in, it was time to get down to the serious business of collating results and cross-checking with the marshals and the timing officers.  The two-man team responsible for the results has always been the same, Mr Zidlaphi of Ntoli and Mr D. Tsambani of Gala. This year they were joined by Mr Mzingaye Ncube from Bulawayo and Mr Shelton Msika, also from Bulawayo. A few other volunteers from Bulawayo were also on hand to assist. That job took a little over an hour before the results were announced.

The prizes were presented by the center management committee chairman, Mr Mfundo Tsambani.  There were cash prizes of $100, $75 and $50 for 1st., 2nd and 3rd place finishers in both men and women’s categories respectively. Consolation prizes for the also-rans in the form of t-shirts donated by the Truworths, a clothing giant were also distributed. For the second year in a row, the international courier company DHL donated caps for the athletes, in addition to cartons of bottled water.

In addition to DHL and Truworths, one of the best known sweet-making companies in Zimbabwe, Arenel supported our event with samples of their products which were a big hit especially with the younger generation of spectators on the day.  Ingwebu Breweries from Bulawayo, the famous brewers of the local favorite Ingwebu Beer, lived up to their reputation and supported us in the same way they have done in the past.  Not only did they bring samples of their products, but also sent three representatives from their marketing department to grace the occasion.  Their support dates back to the TGSCCC’s TiBaKalanga Cultural Festival in 2017.  Ingwebu have already pledged to support this year’s TiBaKalanga Cultural Festival scheduled for 8-9 September. For that the TGSCCC remains truly grateful and fully committed to a long lasting, mutually beneficial partnership. The same applies to our partnership with DHL, Arenel and Truworths and philanthropic individuals and organizations in and outside the country. All have placed resources at our disposal, adding to the success of our projects.  With their generous support, the next TGSCCC 10K Run scheduled for Saturday, 6 July 2019 will grow and set new standards not only in the district but also in the country and the SADC region.