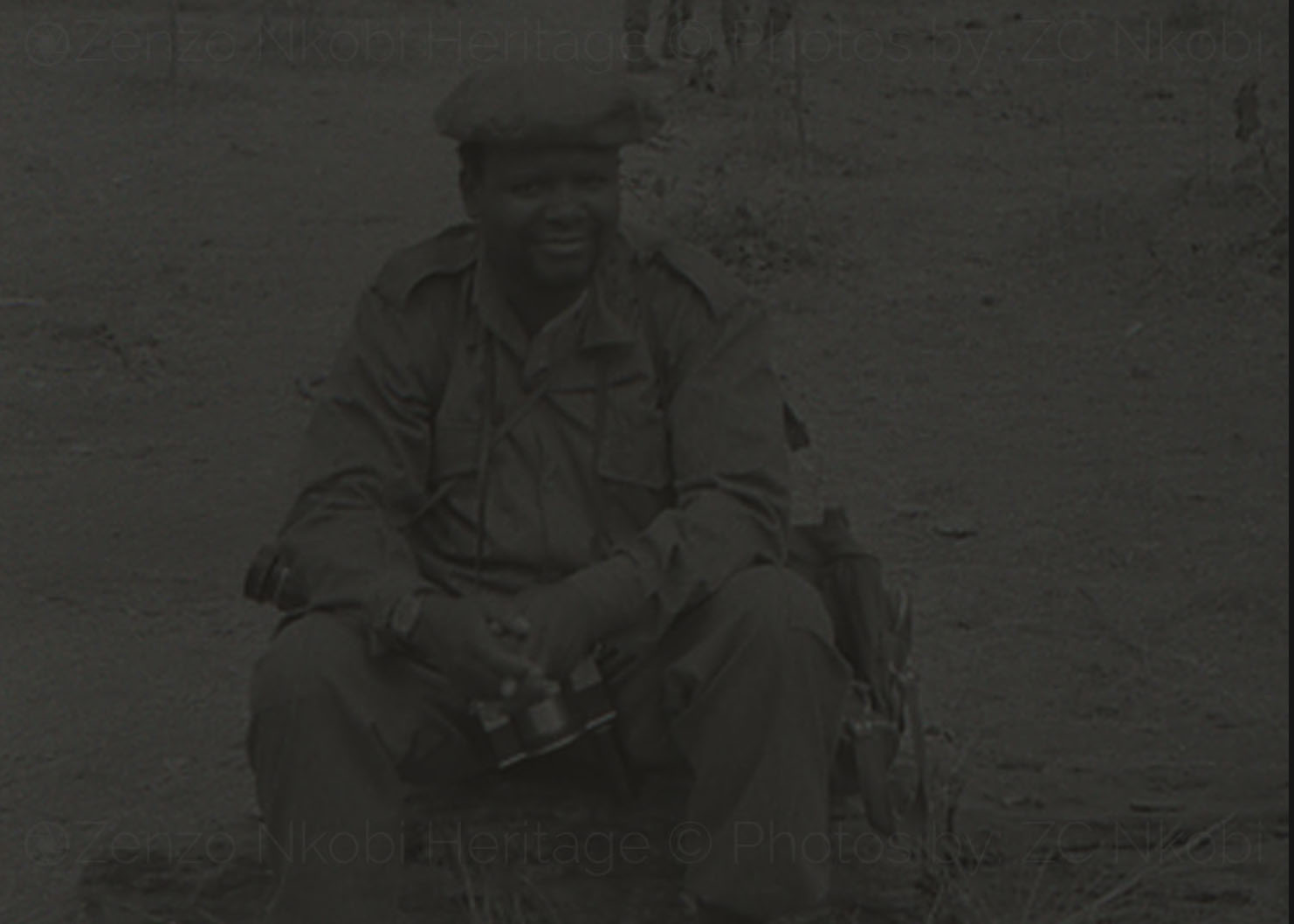 As we mark 38 years of independence on April 18th, we join the people of Zimbabwe not only in celebrating but also in reflecting on the lives of the thousands of our fellow compatriots whose selfless sacrifice brought about independence. Our goal is to ensure that their sacrifice doesn’t go unnoticed and that everyone’s contribution regardless of the scope or political affiliation, is honored. The TGSCCC is in the process of negotiating a partnership with local universities and other relevant organizations with the aim of establishing a memorial library whose main feature will pay tribute to all the heroes of the armed struggle.
In the first phase of its development, the proposed library will feature a collection of thousands of photographs portraying the various stages of Zimbabwe’s war for independence mostly from the ZAPU perspective. The images were captured by the late photographer Zenzo C Nkobi and tell the story of the war covering a span of almost two decades, from the late 1960s up until independence in 1980. The library will be administered under the auspices of The Silundika Family Trust and will be part of the TGSCCC development plan.

Zenzo was born at the village and mission of Dombodema, in south-western Zimbabwe, near Plumtree. His father, Thomas Nkobi, left Zimbabwe for South Africa soon after his birth, where he spent the rest of his life in politics, rising to the top echelons of the African National Congress. Zenzo remained in Zimbabwe, where he was raised by his mother and went to school, trained as a teacher, and then went to teach at a rural school not far from the Botswana Border.

That’s when he got tied up in politics because he was accused of teaching small kids anti-Smith songs like … he would compose some songs in Kalanga or Sindebele which were talking about the regime and so one policeman observed this and so they wanted to arrest him so he escaped and went to Botswana and ran away. – Callistus Ndlovu

This took place in 1967. From Botswana he reached Lusaka, and made contact with ZAPU there. It was at that time that he first made the acquaintance of his father and developed a close relationship, as they were now both engaged in the liberation struggle within the region.

ZAPU eventually sent Nkobi to German Democratic Republic (East Germany) on a scholarship to be trained as a photographer. He studied there for several years, proceeding beyond the first degree to complete a Masters. He met and married a German woman by the name of Edelgard, and they raised two daughters together, eventually settling in Bulawayo after 1980.

While in Germany, he became something of an elder brother or mentor figure to many Zimbabweans who followed in his footsteps to study photography. Caroline Mhlanga, who was one of those ZAPU cadres who knew him in Germany and later worked with him in the ZAPU publicity department in Lusaka described how he taught them the artistic side of photography:

… he made me understand photography better. I came to like it, you know, so that each time you know I saw a project I was looking at it as a picture, through him, and each time he saw whatever, even passing animals or anything, he would remind you that that is a picture, that is an object. – Caroline Mhlanga

He also returned to Lusaka on numerous occasions, and became so mething resembling an official or semi-official photographer for ZAPU. Towards the end of the1970s he moved to Lusaka on a more permanent basis and worked within the publicity department in ZAPU offices, providing the photographs for many ZAPU publications. He accompanied the ZAPU President, Joshua Nkomo, on numerous occasions, both to the military and refugee camps in Zambia and to international meetings and recorded the activities on film.

Zenzo returned to Zimbabwe before independence and began recording the events of the 1980 election campaign. After independence he continued chronicling public and political events, particularly those relating to ZAPU, but was not employed, and established his own photographic studio in order to earn a living. The artistic side of his personality seemed to predominate, however, and the business did not succeed. Later he joined the staff at the Bulawayo Polytechnic where he taught Photography until he died suddenly in the mid 1990’s.

After Zenzo’s death, Edelgard found comfort within the South African ANC community through her close connections with Zenzo’s parents, and eventually married former treason trialist and ex detainee Denis Goldberg. It was Goldberg who deposited the negatives of Zenzo’s photographs with SAHA after Edelgard’s death.