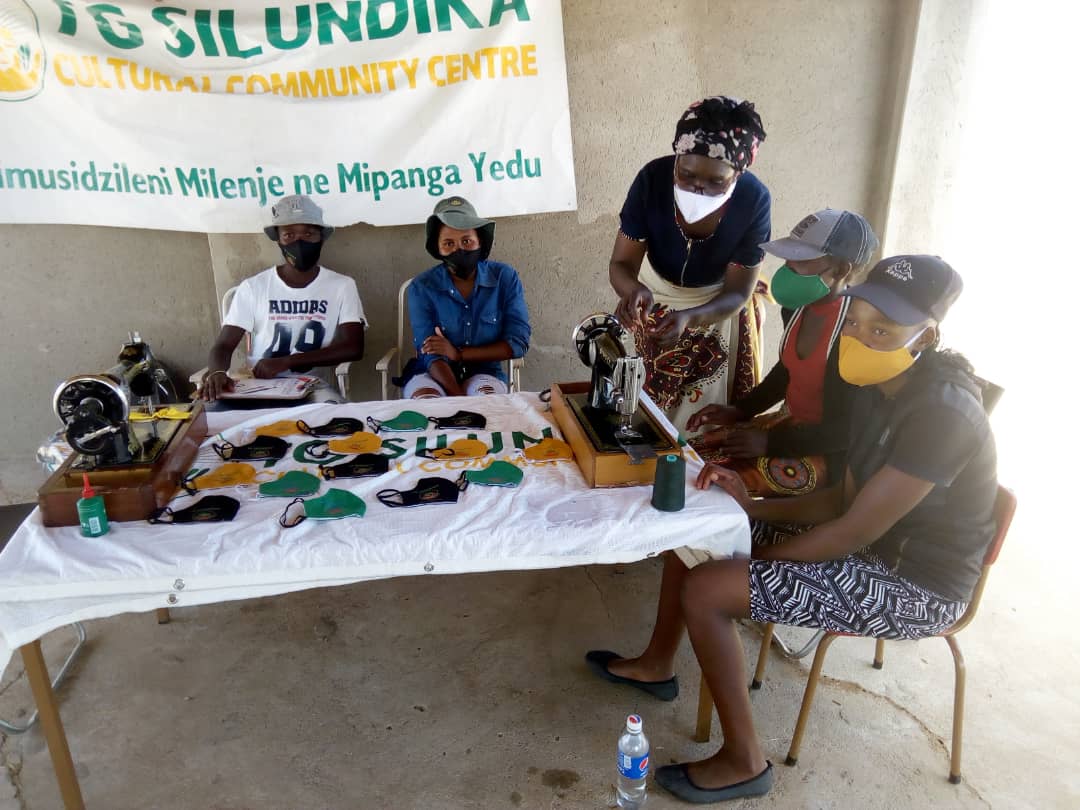 More than a month after the easing of Covid-19 restrictions on public gatherings in Zimbabwe, the TGSCCC held its first major public event on Saturday 14 November 2020. A little more than a dozen women from Gala and the surrounding villages turned up to attend a face mask-making workshop.  The day-long workshop was facilitated by a Bulawayo-based dress maker and fashion designer Ms Mthandazo ‘’Manto’’ Tsambani who originally comes from the area.

Management Committee members in the area Ms Irene Sibalo of Kungubo, Ms Betty Moyo of Ntoli and Ms Sibongile Moyo  of Khekhethe led their teams to the centre at around 9:00 am where they were received by the TGSCCC Chairman Mr Mfundo Tsambani. In total, the attendees came from 8 villages, the rest being Garamtata, Bhembenene, Manguba and Goho.  The attendees were quickly registered and ushered to the shed in the new auditorium to await the arrival of the facilitator. The only male participant was a young man, Mncedisi from Garamtata Village.

The morning session of the workshop commenced at 10:30 am after registrations and exchanging greetings and introductions followed by the usual benediction before the start of any activity at the centre. That was followed by brief overview of the program of the day by the facilitator and the expected outcomes at the end of the workshop. The group used a pair of hand powered sewing machines first to teach the basic parts the machine. Additional instruction for beginners also covered an introduction-to sewing lesson topics such as the use of tools such as pins, needles and scissors. Materials used were a cotton fabric and elastic, both sourced in Bulawayo. That went on until lunch time.

The afternoon session was the production and practical phase of the workshop where the participants took turns in producing a face mask design for adults, cutting and sewing. Even though the focus was to make an adult size face mask, the participants gained the skill of making them in different sizes.

Happening concurrently at the centre was the basket making session. The basketry crew headed by Mrs Angelina Ncube of Msinjwana Village has never stopped producing baskets ever since the launch of the empowerment project in December 2019. They meet once a week to share ideas and agree on a range of baskets to work on and then work individually during the week. This has been the case since the outbreak of the Covid-19 virus which has caused stringent lockdowns and other measures on social gatherings in all parts of the world.

The TGSCCC Women’s Empowerment Project is expected to grow by leaps and bounds with additional workshops in Beadmaking and more Advanced Sewing on the cards. The centre would like to enforce strict adherence to social distancing protocols to minimise the risk of Covdid-19 infections while offering the much-needed programs to benefit the Bulilima District residents. The main objectives of these projects is to empower the locals with basic skills that can help them produce hand made crafts which can be sold and earn them a more decent living.

At the conclusion of the day’s activities the group took time for a photo op.  Following that the Chairman Tsambani made several announcements on planned events and activities such as the Miss TiBaKalanga Beauty Pageant competition scheduled for 26 December. Other workshops could take place before then ‘’depending on the availability of resources,’’ he added.  The biggest announcement was on the creation of 2 positions of ‘’library assistants,’’ which school leavers in the area will be invited to compete for.  Those with O’ levels or better will be invited shortly to write a statement of interest after which the final selection process will follow. The TGSCCC Memorial Library is set to open in April 2021. The two finalists will undergo a one week intensive training course in Bulawayo in January. The chairman concluded by first thanking the facilitator, Ms Mthandazo for her time and all the participants for their enthusiasm throughout the day. He also made a suggestion that key people be identified in each village who would be instrumental in disseminating information on the centre’s activities. He stated that some villages often ‘’miss out’’ on some of our projects merely because information will not have reached them in time. These ‘’point persons’’ would receive regular updates and they will be expected to share information with their villages without delay. With that, the workshop ended with each participant going home with a new face mask that he or she had made but above all, with a new skill in making a face mask.

The participants get down to work

The participants pause for a picture after the day’s workshop activities. 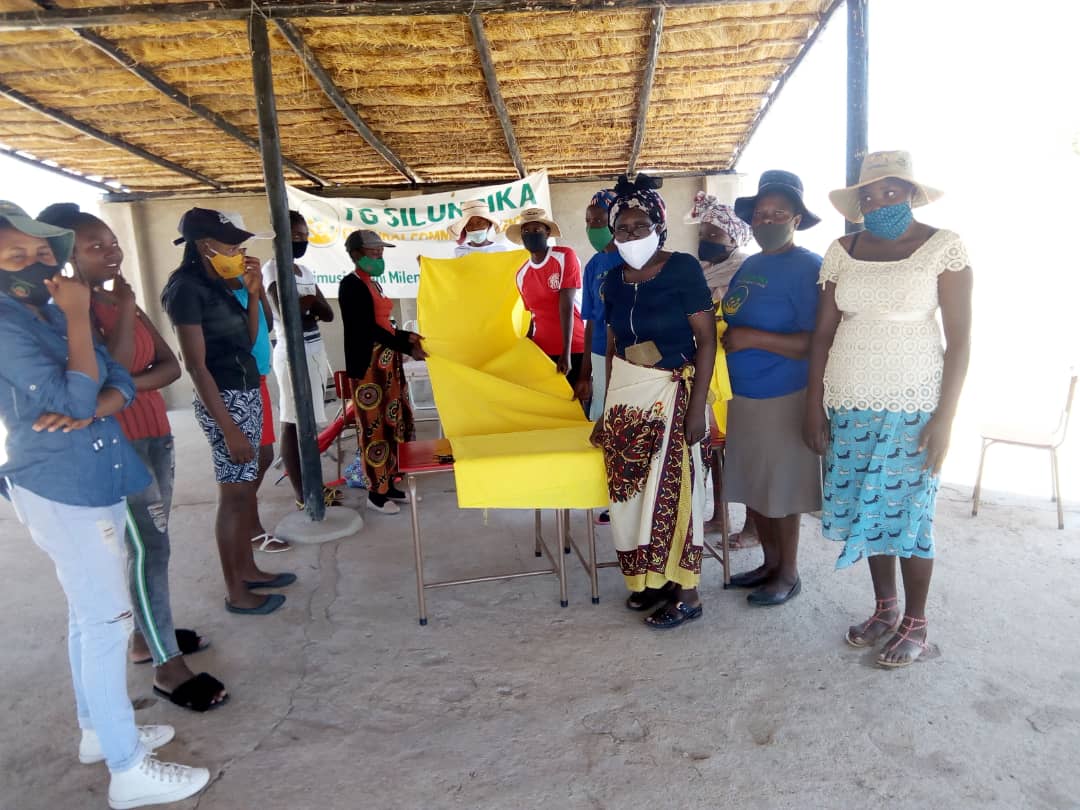 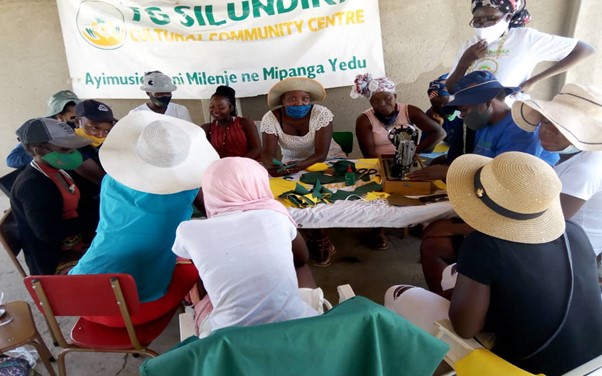 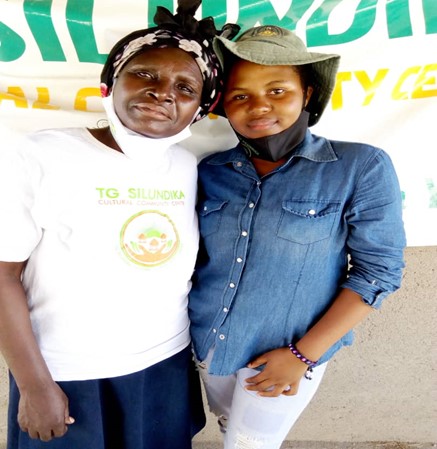 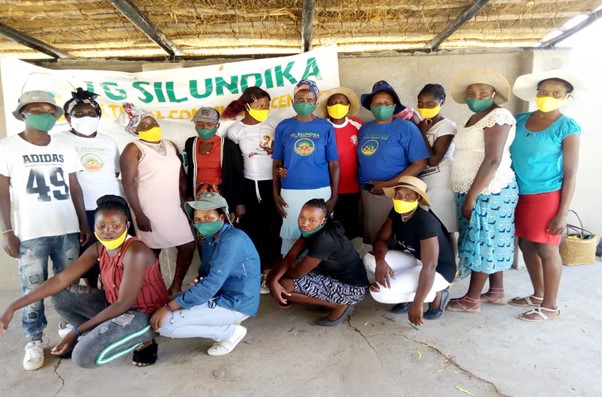 Check out the Project Site